A Forever Home in a Foster Home 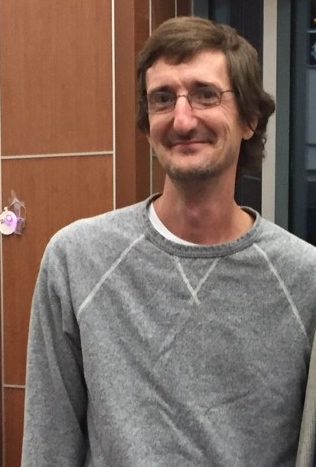 *This story was first published in February 2015. 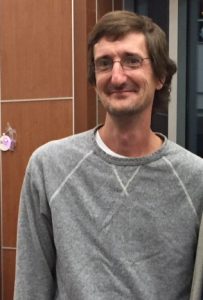 Richard “Rusty” Kays did not realize he was a foster child until he was 12 years old, and his family never made him feel like one. Now, he is a foster parent and he is spreading the same biology-blind love.

Kays was placed in a foster home when he was 2 days old, and he never left. If it were not for the state’s involvement, Kays would not have known that he was a foster child. “My foster parents never introduced me as their foster child; I was their child,” said Kays.

Due to medical conditions, Kays was in and out of the hospital constantly as a child. The state tried to take him away a few times, but his parents fought to keep him from being institutionalized, Kays revealed. Because of the medical bills, the financial burden on his parents would have been unbearable, according to Kays. Thus, he was never officially adopted. However, legal status did not change the tangible love and care Kays received from his parents and foster siblings.

“Each child is a gift directly from the hand of God, whether you are their birth family or their foster family,” said Tracy Norris, Kay’s foster sister. “We all considered Rusty a gift given directly to our family. I am so very proud to have him as one of my brothers.”

Their love has been the driving force behind the way Kays parents his children, whether biological, adopted or fostered.

“I don’t like calling kids ‘foster kids’ because that gives them a label,” said Kays. “I know how that feels.” Kays said he claims his foster and adopted children as his own. He realizes that there is always a chance that a foster child might return home, but until then he wants to give children what they feel to be a “forever home” where they feel secure and loved and have peace.

“The children who come into [my] care, over time they realize that this is a forever home,” said Kays.

His goals in fostering are to provide a child with unconditional love, to show them that the world is not a bad place, to inspire them to have a good role in the world and to encourage them to lead a good life.

Throughout his 15 years of fostering, all of Kays’ children maintain contact with him. They come by and visit during the holidays, call him on his birthday, call him for advice, and keep him updated on their lives.

With Kays’ help and love, his children are leading successful lives. His current 18-year-old foster son is graduating high school this year and enlisting in the Marines. His three adopted sons are also all ex-military: 25-year-old Jack Kays and 21-year-old Dakota Kays were in the Army, and 19-year-old Thomas Kays was in the Navy. His 12-year-old son Seth Kays has made the AB Honor Roll all year and starts high school next year.

It’s clear that Richar’s love is reciprocated. Dakota recently commented on a Facebook post about an earlier blog published by Seraaj Family Homes, Inc. (SFH) about her dad.

“I agree with every comment on this post,” said Dakota. “Dad, you are one of the strongest people I know. You stay optimistic during some of the hardest struggles — struggles and hard times like dealing with me when I was young. You’ve made me into the man I am today, and I just want to let you know that I love you. Thank you for everything you have done for me. You deserve this 110 percent because that’s how much love and devotedness you put into every action and everyone who needs help. You’re an angel, dad. Congrats.”

Norris also commented on the post. “He not only represents a phenomenal father figure for his boys, but is an outstanding role model as a brother, an uncle, and a friend,” said Norris. “The lessons he teaches, leading by example, are some of the most valuable in the lives of the children who are lucky enough to stay with him.”

Richard’s 15-year-old foster son who fought for five years through adoptions and foster care placements to get back to him can attest to Norris’s testament.  “This young man has fought for five years disrupting every placement and adoption in hopes to be placed with me,” said Richard. “When he came back to our (SFH) office and I figured out what had been going on, I automatically knew that I was going to adopt this child. His face lights up every time he sees me. We just click.”

His son was placed with him six years ago and still remembers every detail of his time spent with Richard, including where his home is, the neighbor’s names, and every outing they went on. Richard says that his foster children, whether current or past placements, know that they always have him and SFH to support them. SFH is one big family, according to Richard. Like a family, each component supports the other; SFH supports its foster parents and its foster parents support SFH. Richard leads foster parenting classes for the agency and is on the company’s Advisory Board.

Furthermore, Richard is also highly involved in his community. Under the Red Cross, he is on the Disaster Team; the Fire Disaster Captain in Oxford, Alabama; a CPR Instructor; and a lifeguard instructor for Calhoun, Claiborne, and Talladega counties in Alabama, among other things.

Although with a busy schedule, Richard continues to give his all to parenting and does not plan on stopping.  “There have been a couple of times where I said, ‘This is it; I’m done.’” admitted Richard. “The mind says it, but the heart says no. So, I keep going.”