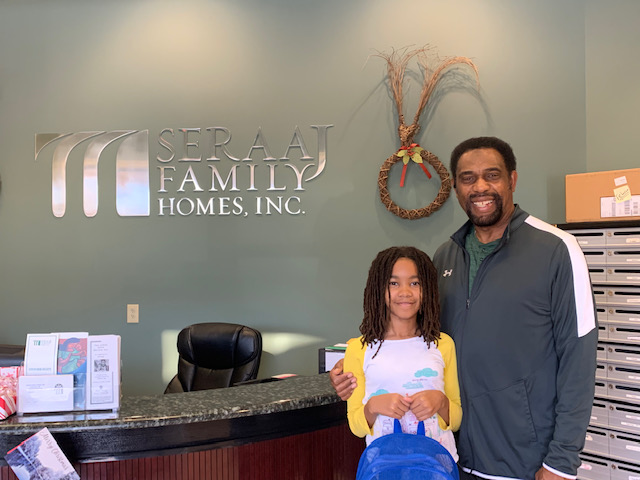 We all raise our children to know and believe that they can be anything they want to be when they grow up. We want them to have the best and be the best and for the most part, parents desire their children to work hard, be nice people, and earn their way through life.

Nasira means “helper” in the Arabic language. This is the perfect attribute of the ten-year-old Nasira B. In her spare time, she enjoys reading, Legos and is an avid participant in everything STEM-related. Nasira has been nurtured in her passions for creative thinking and being, and most importantly exploring.

But it’s her heart for giving that continuously stuns her family. Nasira found herself on the winning end of a recent school fundraising campaign to which she accumulated enough prizes to have an excess of triumphant spoils. Where some children and even adults would have enjoyed the overflow as a testament to success, Nasira saw an opportunity to give. 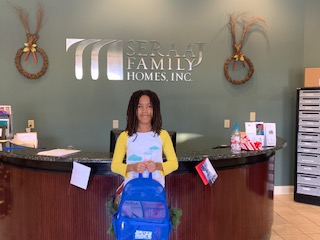 Nasira is taught that being kind is just as important as being happy.

Following in the charitable footsteps of her elders and the teachings instilled by her parents, Greg, and Iman, Nasira’s “helper’s heart” guided her to seek an opportunity to give back. One of her grandparents, Abdul Seraaj, is the CEO of Seraaj Family Homes, Inc., a therapeutic foster care agency headquartered in Montgomery, Alabama. Abdul was taught as a very young child the value of giving back to his community and family by his father John H. Woolfolk. The legacy of charity and giving is something engrained in Nasira’s heritage.

It was through Seraaj’s foster care agency that Nasira chose to share her lot of hard-earned and well-deserved prizes with the foster children of Seraaj Family Homes, Inc. because she had the notion that the prizes would be more meaningful to her if they were given in charity. She asked her grandfather Abdul Seraaj and her mother to organize a charitable contribution of her winnings to the children of Al-Hajj Inc., a non-profit adoption agency that provides toys and gifts to the foster children of Seraaj Family Homes, Inc. Nasira is continuing a legacy of giving and not waiting for the opportunity for charity but creating the door to charity. 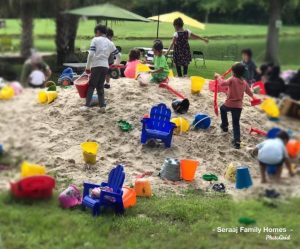 Being a playmate and a friend to someone that needs a friend is also a way to teach children charity.

Her parents and grandparents all speak of teaching her principles of giving and charity. Abdul Seraaj says she was able to spend time around the children in foster care through various functions at The Grandma Home House Retreat in Waugh, Alabama. The nature-based event center has been the setting for many functions for foster families where Nasira has been able to volunteer her time as an “expert” playmate to foster youth with unique medical needs and physical challenges. She’s played in the sandbox and taken fun bike rides with children that have generally had difficulties making friends amongst their peers. Nasira has given her sweat equity and now, she is stepping forward to give charity when she sees the needs are there.

She could have kept all the wonderful prizes for herself. As any kid would, she eventually would have given the gifts some attention. But the joy she has received from giving the prizes to children she knows are in more need than herself is a joy that she will feel in her heart forevermore. What we are all witnessing could 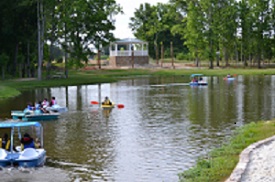 The Grandma Home House Retreat is a sanctuary where attributes of kindness and charity are shared with all people.

be the making of a very young, natural-born philanthropist. One that selflessly decided she had enough, and wouldn’t miss the extra, she knew this moment of celebration would be better served by serving others. We can all take a lesson from our little “helper”; it is far better to give than to receive.