Down Syndrome Influencers that are Rocking that Extra Chromosome 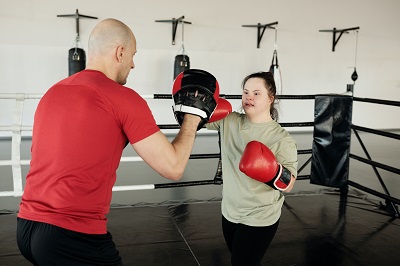 October is Down Syndrome Awareness Month. The Centers for Disease Control reports that “Down syndrome remains the most common chromosomal condition diagnosed in the United States. Each year, about 6,000 babies born in the U.S. have Down syndrome. This means Down syndrome occurs in about 1 in every 700 babies.” According to the Mayo Clinic, “Down syndrome is a genetic disorder caused when abnormal cell division results in an extra full or partial copy of chromosome 21. This extra genetic material causes the developmental changes and physical features of Down syndrome.” 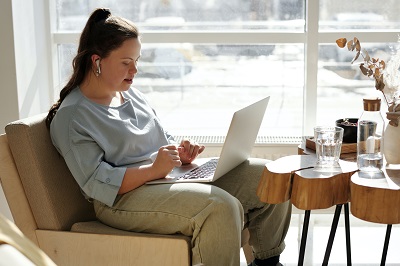 People living with Down Syndrome are very successful in independent living with support from family and local communities. (Photo by Cliff Booth)

There are various types of Down syndrome and it may present differently based on several genetic factors. One thing that is consistent with each case is people with Down syndrome are incredible and have a special talent or gift like a high level of empathy or being gifted at poetry. There is a chance you know a person with Down syndrome and you know just how awesome they are. They’re able to achieve greatness when encouraged to focus on their full ability instead of focusing on limitations. Life, as we know, can have unexpected roadblocks, these chromosome warriors have all found ways to burst right through those barriers, and soar to amazing heights. So, this year, we are highlighting a few amazing people that have Down syndrome who’s been successful in the face of various challenges.

Influencers With Down Syndrome

Isabella Springmuhl Tejada is a 22-year-old fashion designer from Guatemala. She has completely swarmed the fashion world with her innovative designs and fresh looks. Living with Down syndrome does not hinder her dreams in any way. The obstacles she has faced in the fashion industry have only fueled her creativity and passion.

Model Madeline Stuart is breaking the barriers and molds that have traditionally held back extraordinary people like herself. She has gone viral several times, as her modeling career has catapulted in a short period of time. Madeline has been featured on several major news outlets and has garnered a well-deserved worldwide social media following as a model with Down syndrome.

Born in Ridgefield, Connecticut, Collette Divitto developed a passion for baking in her early years as a child born with Down syndrome. Her recipe for cinnamon chocolate chip cookies is what got her public attention with rave reviews from her family and community. Divitto’s mom and support system were determined to see her nurture her passion and love for baking. This is what grew her dreams into a business. Collette was featured on CNN and Good Morning America and is now the proud employer of about 13 people. 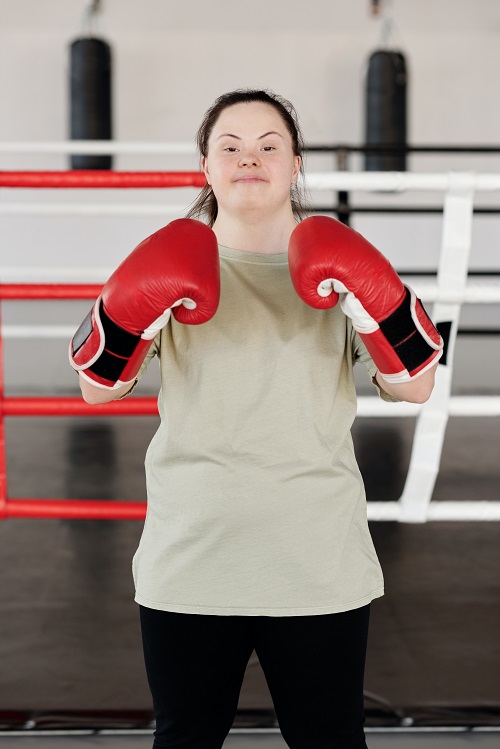 Many industries and becoming increasingly more inclusive to Down Syndrome influencers. (Photo by Cliff Booth)

You may have seen the Emmy award-winning show “Born this Way” that aired on the network television channel A&E in 2017. It featured the now-famous John Tucker, a rapper and motivational speaker that quickly earned stardom and support from the fan-favorite show. Since the show, Tucker has been working on his rap technique and inspiring others with Down syndrome to pursue their dreams. You can find one of his most popular hits “Wherever I Go” on Youtube. In a very emotional moment on the show, Tucker gave the world a very intimate understanding of the value of his life when he said:

“The doctors asked her if she wanted to have an abortion. Even though I’m Down syndrome, it didn’t really matter because my mother said, ‘No, I’m gonna keep this child. This is my son we’re talking about.’ She sacrificed and she kept me. I could be out there dead. Your parents gave birth to you. They wanted you as their own child. They love you. They care for you and everything you have now is very special. I’m here. I’m alive. I’m human. And that’s what we need to know. We’re all humans. We have to stick together and stay together and be the person that we are ’cause that’s who God made us to be.”

People with Down syndrome are changing the world one stereotype at a time. The barriers they once had with finding a role in society are disappearing with every new form of representation. There are athletes, entrepreneurs, fashion designers, entertainers, and even influencers that are Down syndrome, and that’s not the first thing you notice about them. Like the few we have highlighted, you can’t help but notice their awesomeness first, as they change the world we live in just by being themselves!