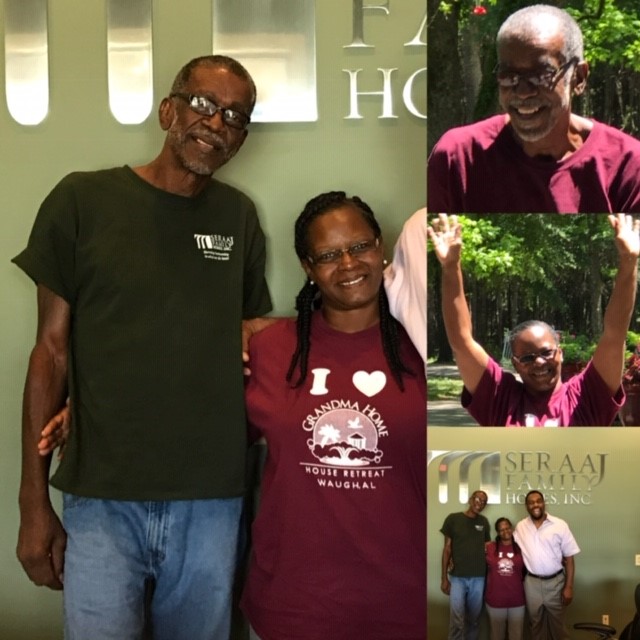 On November 5, 2019, the agency’s Mobile, Alabama region hosted an online case review where our CEO Abdul Seraaj interviewed our foster parent Michael Pettway, a retired auto mechanic who still makes close family house calls and he finds the time and patience to maintain the neighborhood bike repair shop. He and Seraaj are quite familiar, so they took the chance to exchange “down-home” Southern pleasantries. Pettway shared with the team that he began his journey of fostering through marriage to Deloris Whitfield-Pettaway. She was one of the original Mobile foster parents in the mid–2000s when the region was first being established. Returning to her love of working with children, Deloris also brought her husband in as a foster parent, and he quickly found his place. 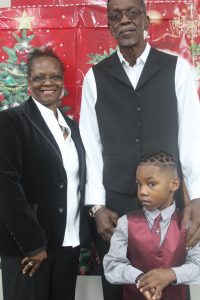 Michael brought his jubilant personality and positive thinking on board for his journey of becoming the “world’s greatest paw-paw,” as his adopted kids lovingly refer to him. The Pettway’s adopted son Jemarious, affectionately nicknamed “Tucka,” came to the Pettways as a nonverbal child. This was a challenge willingly accepted by the Pettways. “You see he couldn’t talk; He couldn’t communicate,” said Michael. “I used to watch him play with other children and he would try to get them to understand things, but he just couldn’t do it. It was so sad. He wasn’t potty trained at 3 years old, and he couldn’t eat on his own.”

We learned that just a few days prior, Jemarious got a bad report from school. One that we all celebrated. As it turns out, after a few years of love and hard work, Jemarious, who was once nonverbal, had gotten bad marks for talking too much! What a joy this was to Seraaj. Michael explained how Jemarious was diagnoses at 3 years old to have the mind of a 9-month-old. He refused to believe that. He explained to the group that loving and knowing your children can give you a different outcome. Michael is a firm advocate for knowing and building connections with your children. He says with this philosophy, you can arrive at a different conclusion than most professionals. Seraaj agreed.

Having had five placements during their time as foster parents, the Pettways have tried and found methods that work for them. Connecting with their children is of the utmost importance. Michael says, “Nobody should be able to tell you more about your children than you. It’s gotta be that way. That’s the only way to get to reach them.” 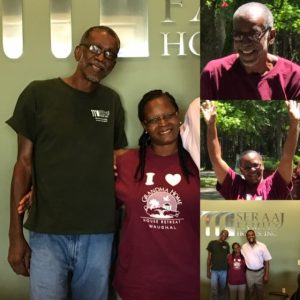 Hands–on parenting is key in the Pettway home. Their children travel well and with them, as he does not “believe in respite.” Joking with Seraaj, Michael asks, “What is respite? What does respite do?” rejecting the notion that children should have to go stay with other foster parents while they vacation. The children of the Pettway house have traveled from one end of the nation to the next, and Michael makes sure to keep the biological family informed of those journeys.

Advice from Mr. Pettway on parenting –

“Love makes you see things differently,” Michael said, joyfully laughing. Michael has a plethora of advice to offer other parents and potential foster and adoptive parents, although he says he prefers to stay in the background and just work with the children.

His current foster child and his adopted son play well together. They are loved and nurtured by all the locals.

He ended his interview with Seraaj by reminding viewers why he does this: Speaking fondly of being raised in a loving Christian home, Michael said, “I love working with the kids. The love of God makes me want to be the best pawpaw. I love taking care of my kids.” You can find Michael on a pretty day in his yard letting his boys runs free... He’ll be the guy they call “paw-paw”.