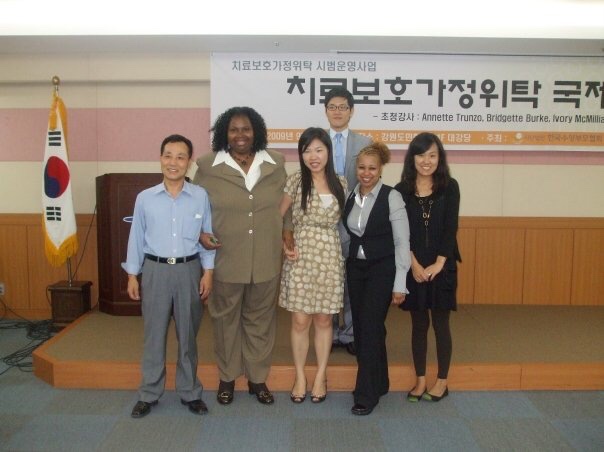 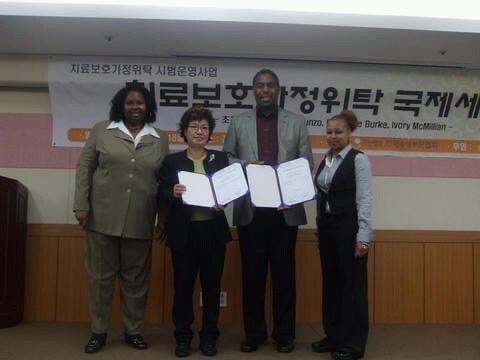 When SFH went to South Korea in September 2009, we were invited to teach our service delivery methodology. The younger generation in various Asian nations, such as Korea, are being encouraged to seek opportunities to learn, study, and train in English-speaking countries because English is a primary business language. So, South Korea was looking for opportunities to partner with organizations like SFH to learn to deliver and implement quality social services.

Our host was a Korean diplomat, who prepared our staff to encounter some cultural resistance from the participants who’d be attending our social services trainings and workshops. Our host informed us that the South Koreans were not accustomed to having African Americans functioning as leaders or teachers or giving presentations. She stated that we should be prepared for mostly non-interactive participation from the attendees. Just like in the U.S., most of the social workers in attendance were women. We encountered a completely different experience than our host prepared us for.
The younger generation of South Koreans had already experienced African American culture due to the powerful influence of hip-hop, rap and R&B music, movies and television, urban fashion, Internet access and advertisements, and mainstream sports. One evening, I went out for a late-night walk near our hotel, which was in the drinking district, near a large university. This district featured many night clubs, from which I heard American-style music playing—even Golden Oldies. There were coffee and tea shops everywhere and they usually played American jazz and blues music. I saw many business brands we’re used to seeing in the U.S., including Starbucks and Smoothie King, Cold Stone Creamery and Baskin Robbins, Outback Steak House and Friday’s, and plenty of fast-food chains like McDonald’s, Burger King and Papa Johns. I also saw the youth were wearing a lot of urban streetwear and high-top Chuck Taylors. Overall, being in Seoul, South Korea, to me, was somewhat like being in New York City, with the heavy traffic, the constant audible music, the active nightlife, and the thick concentration of buildings.
So, the participants were quite interactive! They asked a lot of good questions—so many that our host had to intervene several times to keep us on schedule. The participates enjoyed the unique flavor of our presentation style and the presentation’s content. There were many side conversations during breaks between the participants and our staff members. Some of the South Korean social workers were very interested in coming to America to work and train in order to learn the SFH methodology. They said they wanted hands-on, field training for doing traditional foster care, therapeutic foster, case management, family support, and wrap-around services (or intensive in-home services).
SFH staff members have tremendous opportunities ahead of us, if we are willing to make the necessary efforts. 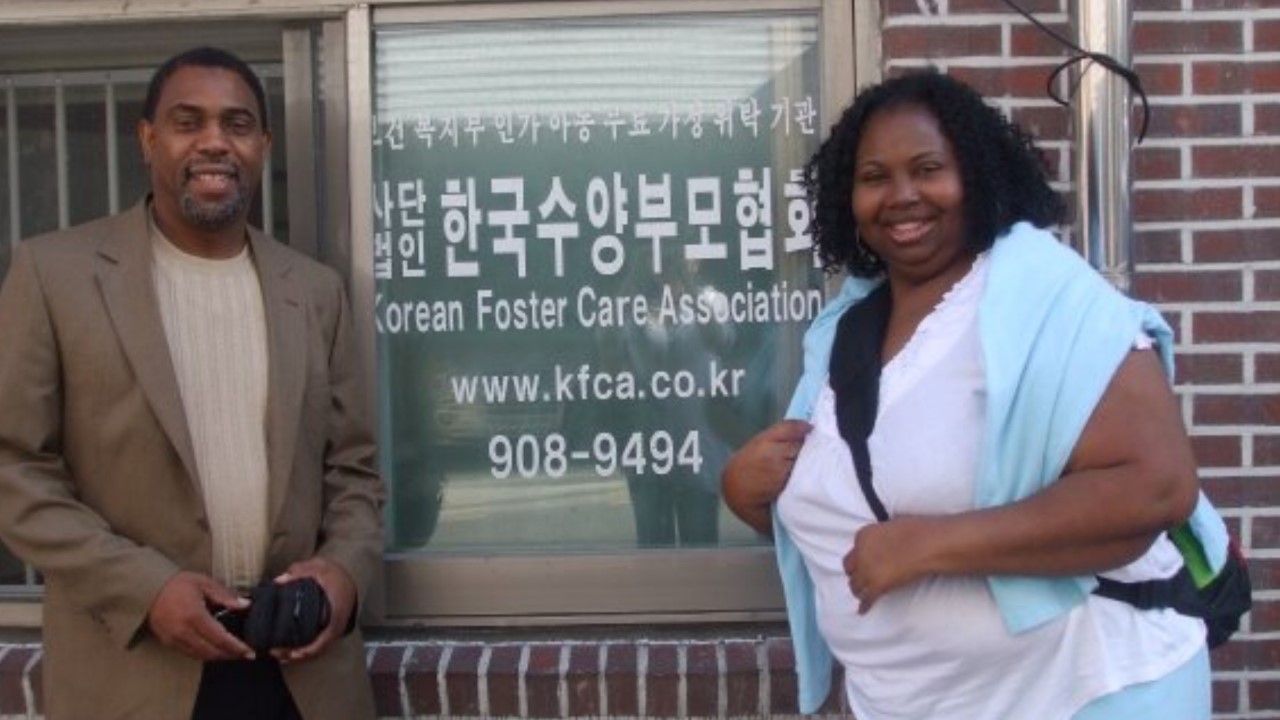 Bridgette Burke and Ivory McMillian with some of the South Korean social workers. 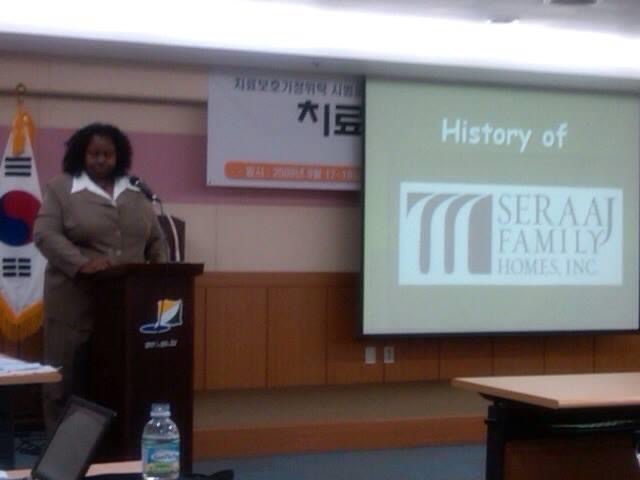 Bridgette Burke is giving a presentation on the SFH methodology and the types of services SFH provides to its foster children and foster family parents. 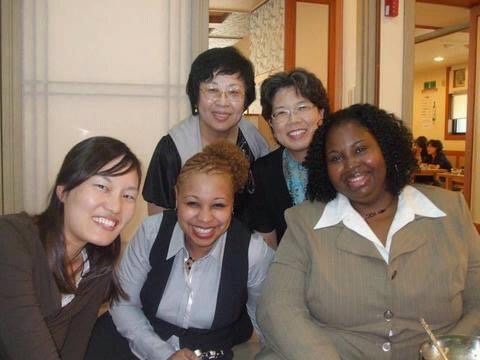 SFH training staff members are shown with a group of South Korean Social Workers and the South Korean diplomat.