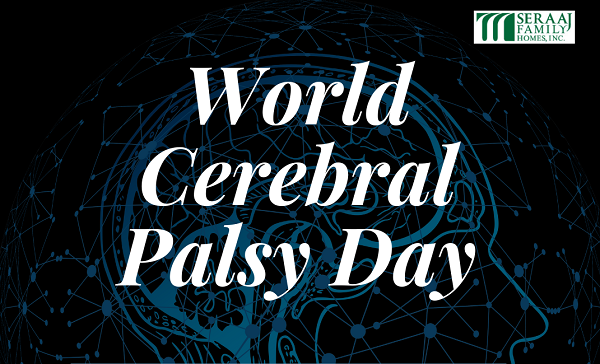 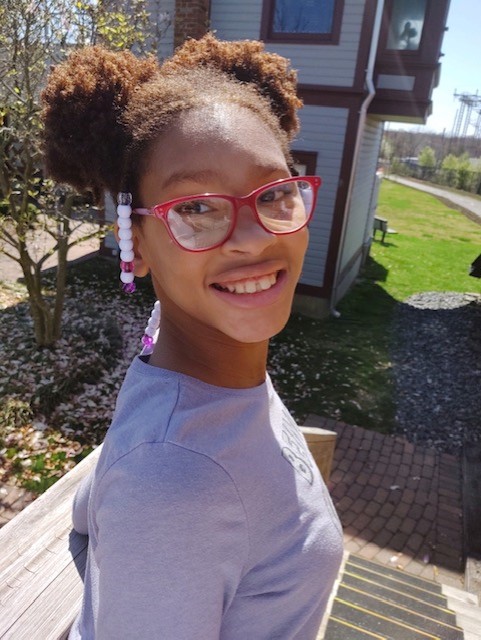 Woodland says her daughter B. (pictured) is such a sweet girl and give her no problems when she asks her to do something. Woodland jokes that she’s not looking forward to the teenage years. | Photo submitted by Marini Woodland.

Marini Woodland is the Chief Administrator and Clinical Director for Seraaj Family Homes, Inc. (SFH) in Towson, Maryland and is also the acting Regional Manager for the company’s Mobile, Alabama region. Five years ago, right before joining SFH, Woodland worked for Washington, D.C.’s Child Protective Services. This is the time she also gave birth to her first child, a daughter named B., who was born with cerebral palsy (CP).

October 6 is World Cerebral Palsy Day. According to the Centers for Disease Control & Prevention, CP includes a group of disorders that affect a person’s ability to move and maintain balance and posture. It is the most common motor disability in childhood. CP can be caused by variables such as brain damage in the first few months or years of life, infections such as meningitis or encephalitis, or even sickle cell disease.

When Woodland went to the hospital to have her labor induced, the medical staff told her the baby wasn’t moving or breathing. So, they conducted an emergency cesarean. B. was born not breathing. They had to resuscitate her and put her in a medically induced coma. Woodland says her daughter’s CP was caused by a lack of oxygen to her brain, but it’s not clear when that started to take place.

“It was a hard time; It was stressful,” Woodland said. “This was my first child and [I] wasn’t expecting these things, but at least she was alive.”

Woodland didn’t receive the official CP diagnosis until B. was around 1 year old. “It was a journey to learn the diagnosis, but even from the beginning, we knew there’d be some delays and barriers for her,” Woodland said.

B.’s doctor told Woodland that her daughter would have mobility issues and wouldn’t be able to walk, among other probable issues. Woodland told the doctor, “I hear you, but I don’t receive that. She’s going to walk. She’s not eating now, but she will eat. It might be slow, but it’ll happen.”

B. did have some delays, but she eventually reached important milestones, with the help of her mom and physical, occupational and speech therapy. Around 18 months, B. started talking, says Woodland. Although she’s talking, Woodland says B. is more reserved and introverted and is still working on enunciation.

At age 2, B. had her gastrostomy tube removed and has been eating well ever since. Woodland says the doctors would’ve put the tube back in if B. didn’t get enough nourishment. So, she decided that wasn’t going to be the case. Woodland’s family spoiled B. with chicken, rice, biscuits and more. Now B. has a sweet tooth and a love of snacks and brownies.

Around the same age, B. began walking. One day, Woodland came home from work to find her daughter “walking around in her [own] way,” she said. “My mom used to watch her for me while I was at work. I came to get her one day and [there] she was. I had to bust out my video camera! It was really exciting!” Now, B. walks perfectly and she went on to take dance lessons and is now a cheerleader. “I never imagined it, going back 4 or 5 years ago when she had tubes coming out of every orifice,” Woodland said.

Then, around 3 years old, B. started potty training. These developmental markers may have been achieved later than most kids reach them, but it was Woodland’s attitude and stubborn willpower that aided B. Woodland suggests that parents of children with special needs talk and listen to their doctor but also challenge their doctor and ask questions of them. Never give up on your child. “What they said was absolutely false! It took her longer to walk, but she’s walking. It took her longer to eat, but she’s eating.”

Woodland’s mindset went beyond demanding more from doctors. She also expects more from her daughter. “We’re not doing diapers for the rest of your life,” Woodland told B. “We’re not carrying you for the rest of your life. You can do these things!” Woodland says her expectations for B. are high because she wants her to try and doesn’t want her to feel like [she can’t]. Plus, she doesn’t want her to get lazy or her extremities to get weakened due to depending too much on others.

Now at 9 years old, B. is flourishing. They’re still working on her academics and speaking up more in class. She gets fatigued after doing homework and writing for a while. She’s also still working on tying her shoes. Woodland describes B. as sweet and helpful and says she likes watching T.V. and playing with her younger brother. She’s just like any other kid—something to keep in mind when you’re interacting with any child with special or functional needs.

Woodland says, “just being normal.” “Treat them like the little kids they are. As you engage, you’ll start to understand what their current limitations are, but don’t automatically assume what their limitations are.”

Another bit of advice Woodland has is to get your child assessed, if you suspect any irregularities. “People don’t like to get diagnosed but it can help you in certain avenues and get different resources,” Woodland explained. “Having an [official] diagnosis was helpful in knowing what was exactly going on and being able to get an IEP [individualized education plan]. Parents don’t realize a diagnosis is needed to continue receiving special education in school.”

Woodland says having a diagnosis is also helpful in telling people what’s going on with your child. B. was already 4 years old when Woodland joined SFH, so she already had a good understanding of what it’s like to be a parent of a child with special needs. This gave her an advantage in knowing how to talk to our foster parents and in teaching them how to advocate for their kids.

“This is hard, because it’s new to you, perhaps,” Woodland says to foster parents. “You didn’t birth them. You may not have had kids with a [special or functional need] before but continue trying to do what you need to do as far as raising and nurturing your kids.”